Home » Blog » The Power of Your Words

The Power of Your Words 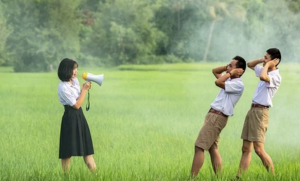 Recently I discovered a window screen bulging as if it had been pried. My husband looked at it and thought a tool had been used eliminating the thought that a bear might have done the deed. I was scared. I thought about a couple in a truck who had driven past our house and said they were checking out “paint colors.” My mind immediately went to being suspicious and protective. I put a warning, an alert out in our Neighborhood Nextdoor email system.

Immediately I received a private message…saying “HEY… We ARE neighbors”. They gave me their name and address and said they really WERE looking at HOA approved paint colors. My first big error in jumping to conclusions out of fear. I put a retraction in the Newsletter about them.

After giving it a lot of thought…who would just pry it partially open and then go away? When could this have happened…I had just cleaned that window…so it was very recent. With some research and thought, It became very obvious that the “crime” was an “inside job”. Our four legged furbaby did not like the fact that her human Dad was across the street visiting neighbors, and the result was her trying to break out rather than someone trying to break in.

Realizing I had injected fear into a neighborhood, I once again ate humble pie, and in the newsletter admitted my mistake, my paranoia, and apologized to the neighbors.

The response was overwhelming and thus the purpose of this post. Over 150 neighbors took time to commend me, praise me, over 40 taking time to write extremely complimentary remarks about my ethics and courage. The only word I can use to describe it is Overwhelmed.

It made me realize how hungry our society is for someone to admit if and when they are wrong and apologize for any harm they might have done. It also made me realize the power of our words. Not only those when we accuse someone but also the power of someone paying us a compliment. I found myself going back and back to read and be amazed at the comments pouring in…just for doing something I believe any person should do…right a wrong assumption that creates fear!! It made me swell with pride that I did something so small but apparently so needed in this crazy world of ours.

If you have taken the time to read this…thank you. Might I suggest, take the time to authentically tell someone you appreciate them. The words carry magic and power and can change the trajectory of their day. We all have voices. Make them count in the most loving and meaningful way you can. 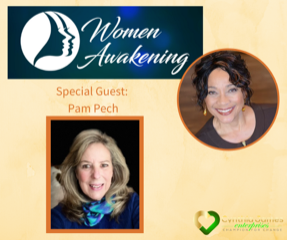 Listen to an interview with Pam on Cynthia James' "Women Awakening" podcast.